Sherwood’s most famous resident still inspires visitors who want to discover the home of this legend, and more about the facts and folklore which surround him.

Sherwood Forest still pulses with the tales of Robin and his merry men…outwitting the law, helping the poor and cleverly using this forest as their home, hunting ground and hiding place. We want these stories to come to life, and are currently developing guides, activities and events to help visitors of all ages to get as close as possible to seeing the forest through the eyes of its famous legends.

We are running a consultation until the end of February 2019, to ask visitors about what they’d like to see at Sherwood in the future, to ensure we get it right!  Take a look at our latest news to find out how to get involved. 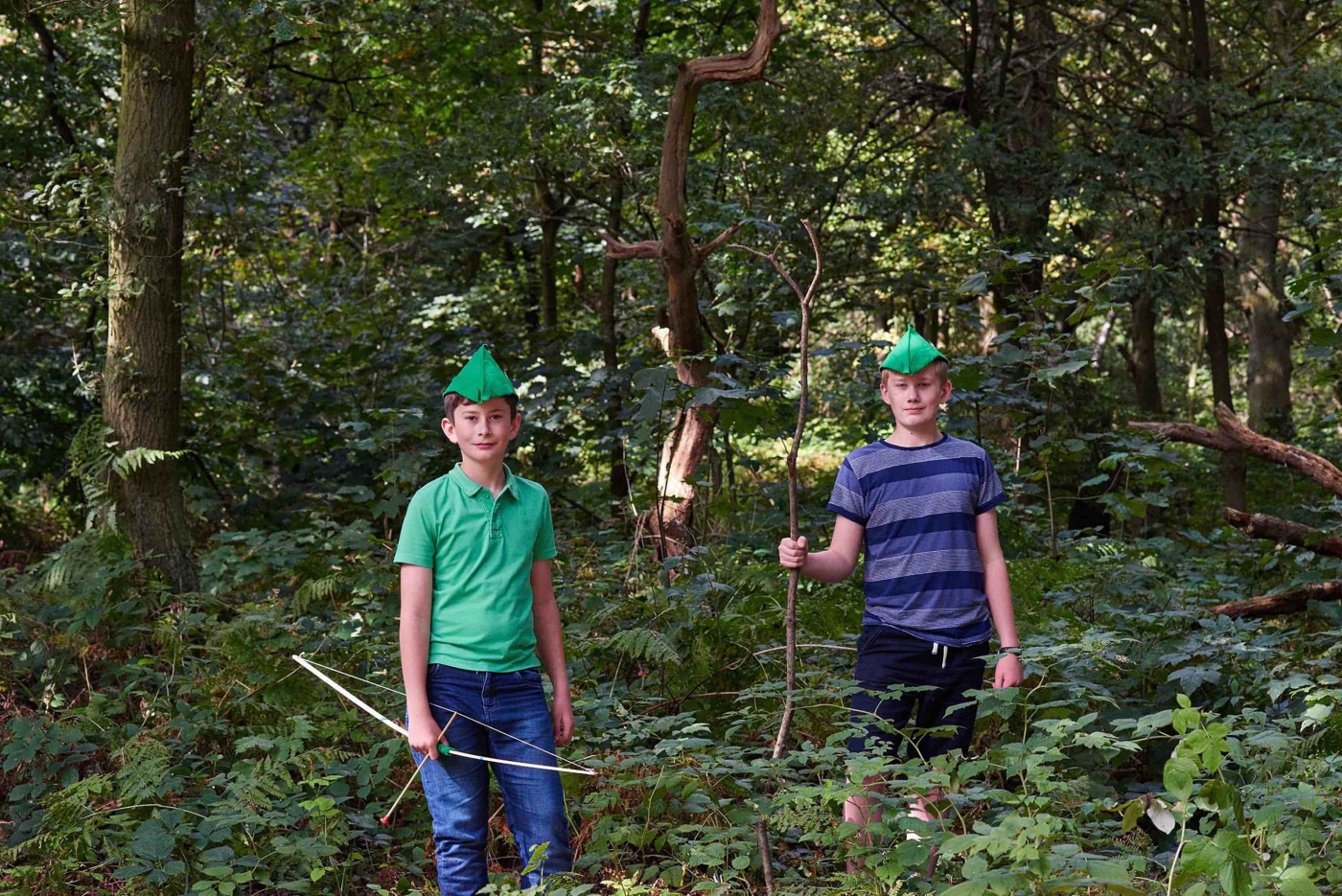 Of course, the lines between fact and fiction are blurry when it comes to Robin Hood and his sidekicks. Characters in English folklore with similar names appear around the 13th century, and Robin starts to feature in ballads around 200 years later. His birthplace and origins remain the stuff of great debate (of course it was Sherwood!) and several counties claim Robin as their own local folklore hero.

A fairly consistent description of Robin pervades – that he defended and protected the rights of the poor, that he sided with the common people against the tyranny of the wealthy and powerful, and that he, and his band of merry men, roamed the forests of Sherwood. He is a symbol of hope, justice and right triumphing over wrong.

What’s not in doubt is his legendary status, and his ability to attract and inspire people to this day!

We embrace the legend of Robin and bring him, his followers and his stories to life through a range of activities and events. You’ll find children’s activities in our event section, and kids costumes and props in the shop so that your little adventurers can make the most of their visit. Then of course, there’s the annual Robin Hood Festival, a week-long celebration of the man, and his medieval way of life. Visit the events page to find out more, and keep an eye out for more details about our plans to further develop how we celebrate this wonderful legend. 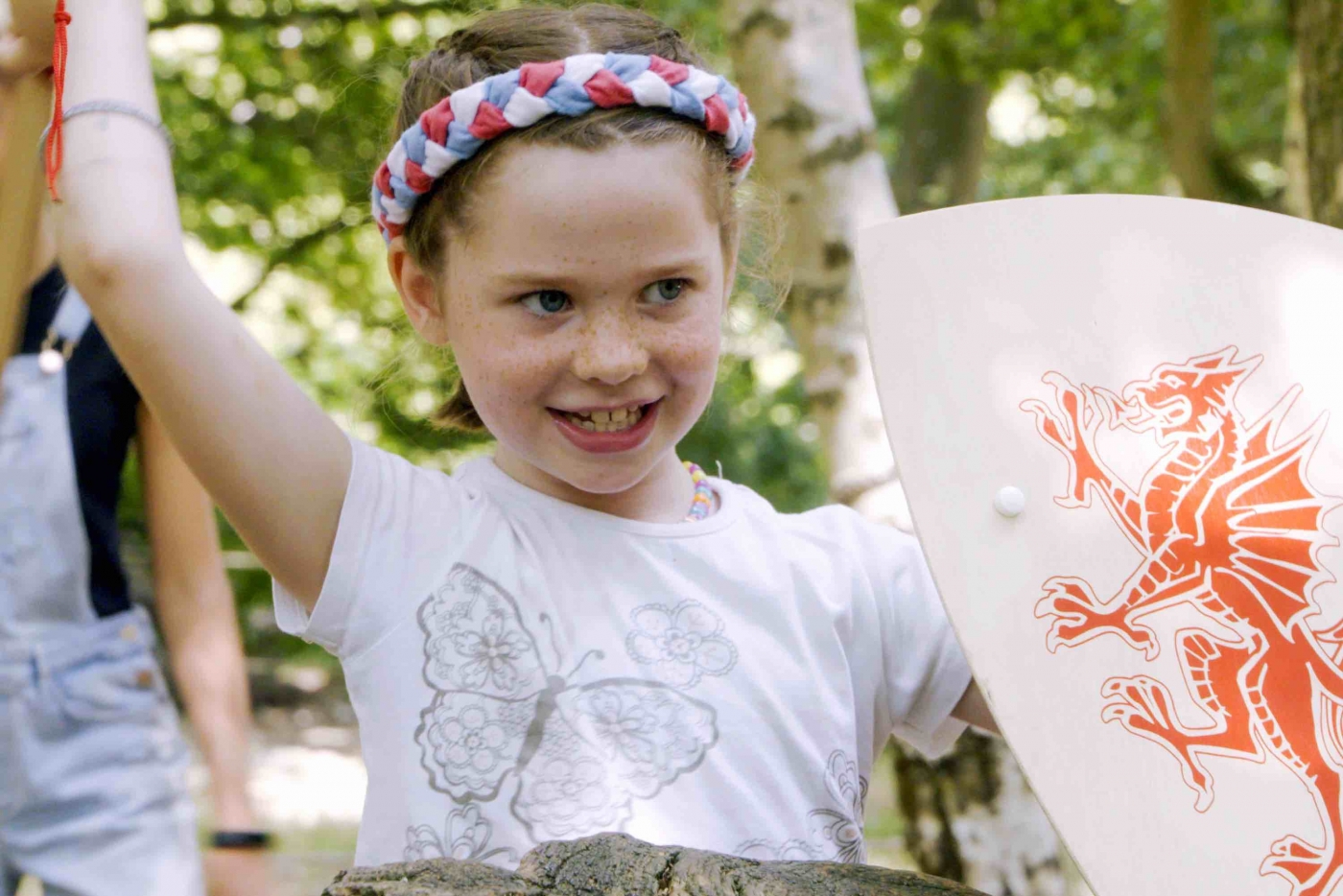 Points of interest at Sherwood

Throughout the forest you’ll see reminders that Robin is as much a part of this place as the majestic ancient oaks and the wildlife. But there are certain key spots that really invoke the Robin Hood story. The most obvious is the Major Oak, our 1000-year-old giant, with a trunk measuring 10 metres in circumference, rumoured to have been Robin’s hiding place, as he tried to escape the authorities who sought to capture him. The Major Oak, previously voted Britain’s favourite tree, is well sign-posted – you’ll see we’re taking good care of this ancient giant and helping the tree to continue to thrive. Imagine the things this tree has lived through, from Robin Hood to wars, changes of monarchy, technological advances – a whole millennium of history!

Outside of the forest, the parish church at Edwinstowe – St. Mary’s – has really close connections to Robin. This is said to have been the 12th century church where Robin and Maid Marian were married. The church is a short walk from the visitor centre, in the village, and is open to visitors. It has played a role in many important historical events besides Robin’s story, and is a fascinating visit.

There’s also a statue of Robin and Marian outside the library in Edwinstowe, which is another great place to visit to find out more about the legend, and the history of Sherwood Forest.

Robin’s enduring popularity as a film character reminds us of how far and wide the legend born right here, has travelled. His tales have been adapted hundreds of times for film, TV and animation the world over, from Disney features to Hollywood blockbusters, and all points in between – Japanese animations, modern-day TV adaptations, and even a recent appearance in Doctor Who! But as close as those bring us to Robin, they don’t connect us to his place. None of these films have been made in Sherwood – blockbusters of their time have used Yorkshire, Scotland, Northumberland, France and Shepperton Studios as their make-believe Sherwood. The newest reincarnation of the legend was released in November 2018. Robin Hood – Origins was filmed in Croatia – and met with mixed reviews from cinema-goers!

If you love originals, then you need to visit Sherwood – this is the real backdrop, with no film fakery – nowhere will bring you closer to the legend!

What’s on at Sherwood?

Wind rain and shine, 12 months of the year there is plenty going on here – discover our programme of guided walks, festivals, mushroom hunts and seasonal highlights such as Sparkling Sherwood and our Christmas tree dressing.