You may have noticed that fencing is going up around the former visitor centre site.

This is because we are starting the next phase of our work, which will eventually lead to the creation of five acres of new forest for visitors to enjoy, and for wildlife to live.

The former visitor centre, car parks and play area were all located within a Site of Special Scientific Interest.  This is a designation given to areas of land which have significant national value due to their wildlife and fauna.

In Sherwood’s case, it is the importance of our ancient oak trees – which make up the finest collection in Western Europe. They provide a home to thousands of species of insects, fungi, birds and mammals.

The visitor centre was built in the 1970s, before the forest had been given such strong protection, and was located really close to a number of special trees, some of which are more than 500 years old.

It was recognised some time ago that the buildings, the volume of visitors and the number of cars parked so close to the forest was having a detrimental effect on the trees, and Natural England, the Government’s advisors on the natural environment, have since been putting pressure on Nottinghamshire County Council to move the buildings and restore the site. 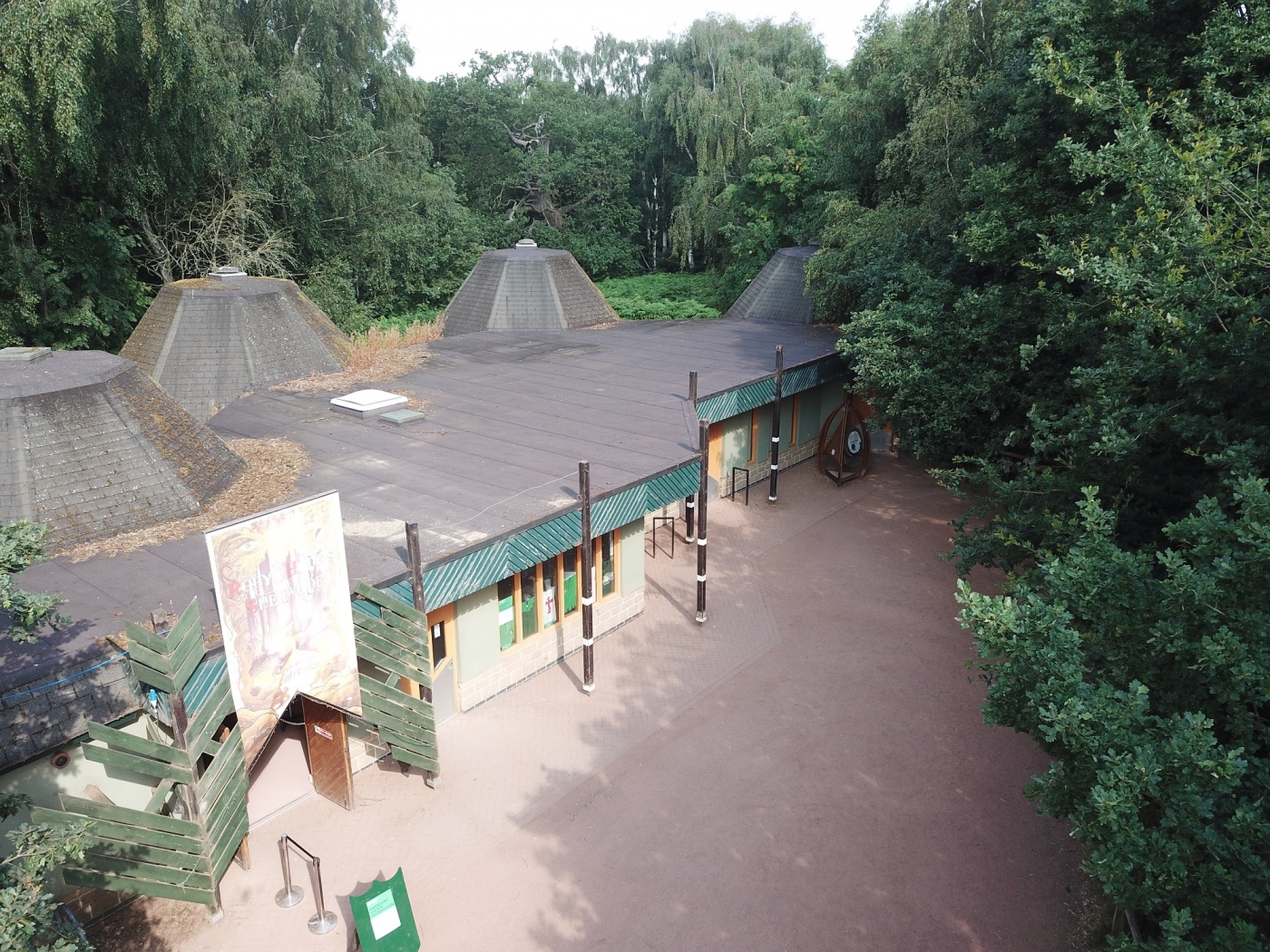 The authority chose to work with the RSPB and our partners, to build a new centre, in a new location, away from the forest boundaries, to ensure we could continue to welcome thousands of visitors without causing any further damage to this area.

With the new centre now open, the restoration of the site is due to begin, which will include the sensitive removal of the old buildings – a slow and careful process to ensure the trees on site are not harmed, under the guidance of Natural England – and taking up the hard-standing areas of the car park and play area.

It is also being done over the winter months to avoid the bird-breeding season, and to keep disruption to the forest to a minimum over its quieter months. 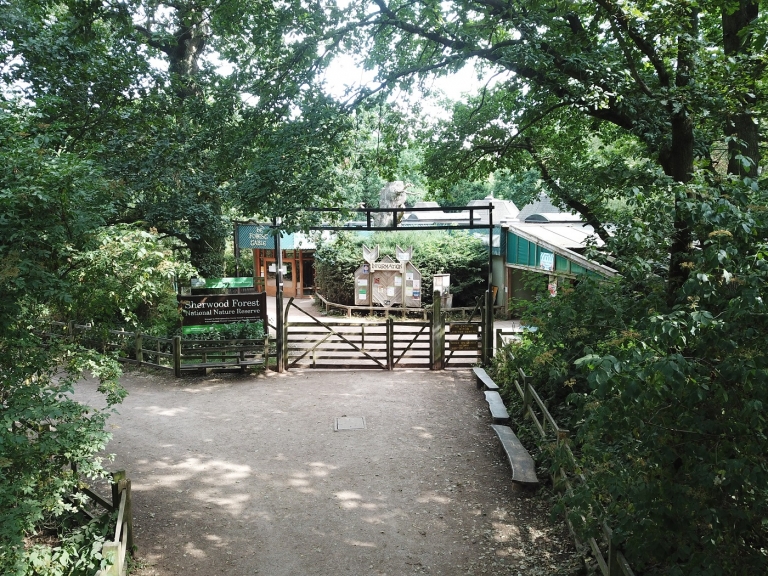 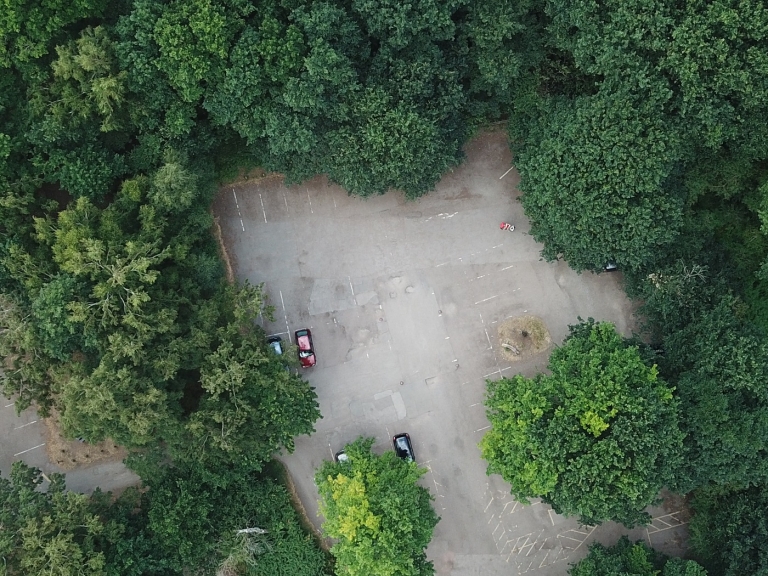 The work is expected to last until April next year, though fencing will remain around some areas, to help give the land some time to recover.

After that, our conservation team will be helping to restore the land to how it would once have appeared, as wood pasture with areas of acid grassland and heathland. These habitats will provide new homes for wildlife, as well as giving the old oak trees room to grow, and our visitors a whole new area of forest to enjoy.

We look forward to bringing you more updates about the site once the work gets under way, and the exciting prospect of imagining how the site will look in the years to come.

In the meantime, most of the paths will be unaffected by the work being carried out at the old site, but some of those which run close to it may be redirected. There will be signage around the site to help steer our visitors in the right direction. 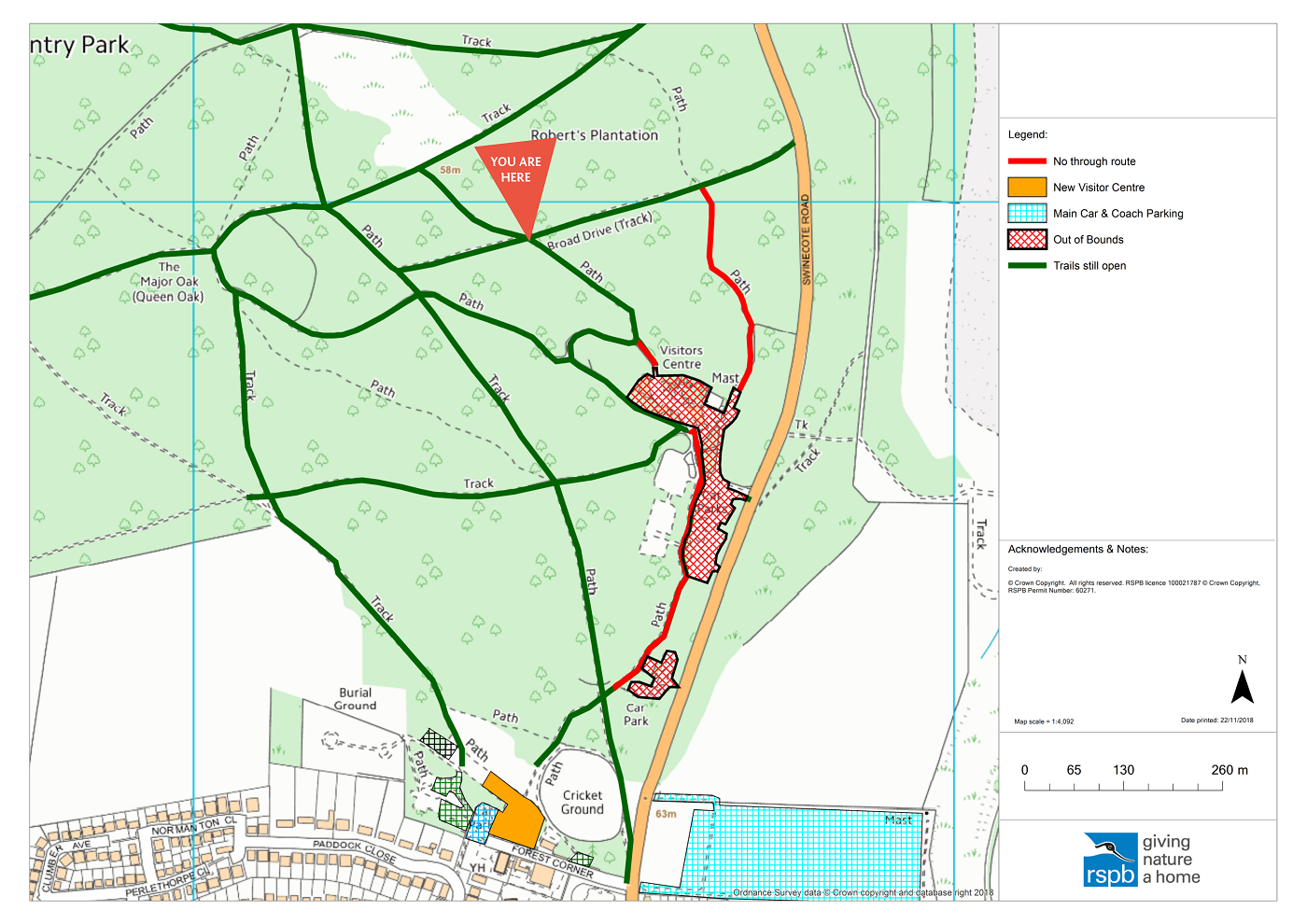 Example of the signage around site