People tend to tell you things when you’re volunteering.

Today is nominally about making sure the last of the hedging plants are in the ground, alternating hawthorn with holly and other species so that, in three years’ time, this will be a robust and colourful hedge. It should also be replete with berries and its dense twigs should make this a natural home for plenty of birds. But it’s the conversations that make today memorable.

The first is with a woman who is walking her dog. Or rather, two dogs, because while the first is small, very vocal and prone to aggressively investigating other dogs even if they’re twice its size, the other is a tall, sad-looking greyhound whose eyes seem to say ‘I’m very sorry about him’. Tall and black, with a distinguished, greying muzzle, he is the veteran of exactly 99 races and would have reached 100 had he not got injured.

His injury is the reason why he’s here, with the gentle breeze that ruffles the sparse trees around the visitors’ centre also ruffling his fur. It turns out that his owner is a passionate supporter of the Greyhound Trust and comes to Sherwood Forest to give the two dogs chance to take in the myriad smells and feel grass under their paws. 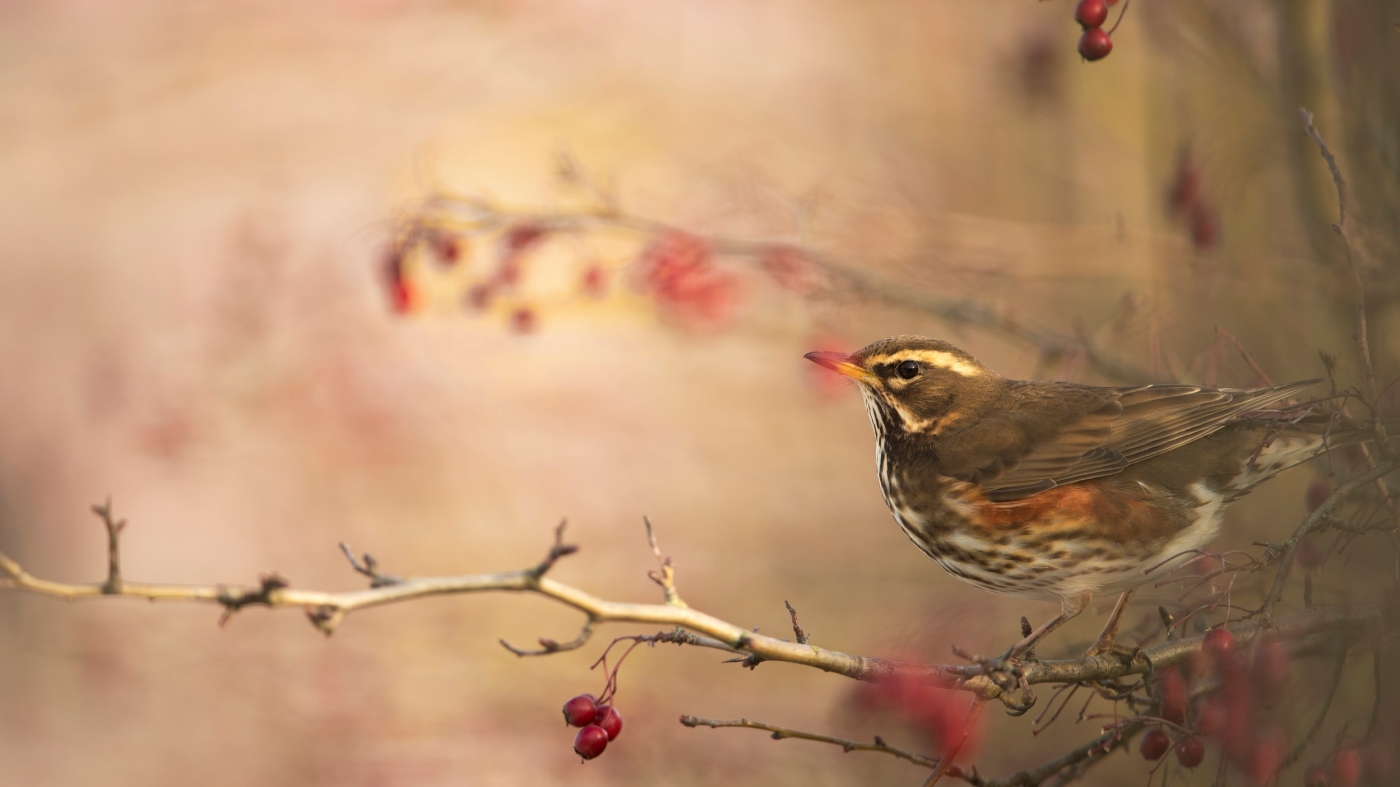 It’s not grass that’s the problem today, but what is underneath. The grass bank that the greyhound’s human mum is walking past, up by the volunteers’ car park, was raked of its leaves last week so that we could see the deeply rooted dock and dig it out. There, the soil was rich and loamy, but where the hedging plants are going in, it’s mixed with rubble and stones, so that almost every stroke of the spade is met with a gritty, grinding sound.

The instructions are that the hawthorn is best planted by making a single, deep spade cut in the ground, and then feeding the plant’s roots in carefully, so that they face down. And once the roots have been positioned, the spade cut has to be closed up, forcing out any air that might cause it to rot before it has had chance to flourish.

Watching us trying to dig in the stony ground is someone with yet another dog and yet another story. This time, it involves a recent bereavement and their simple feeling that the trees, now silent and still on the edge of the clearing around the centre, are a quiet but healing presence. So while they come here for exercise, they are also drawn by a chance to let nature do its own, gentle work in its own mysterious way. 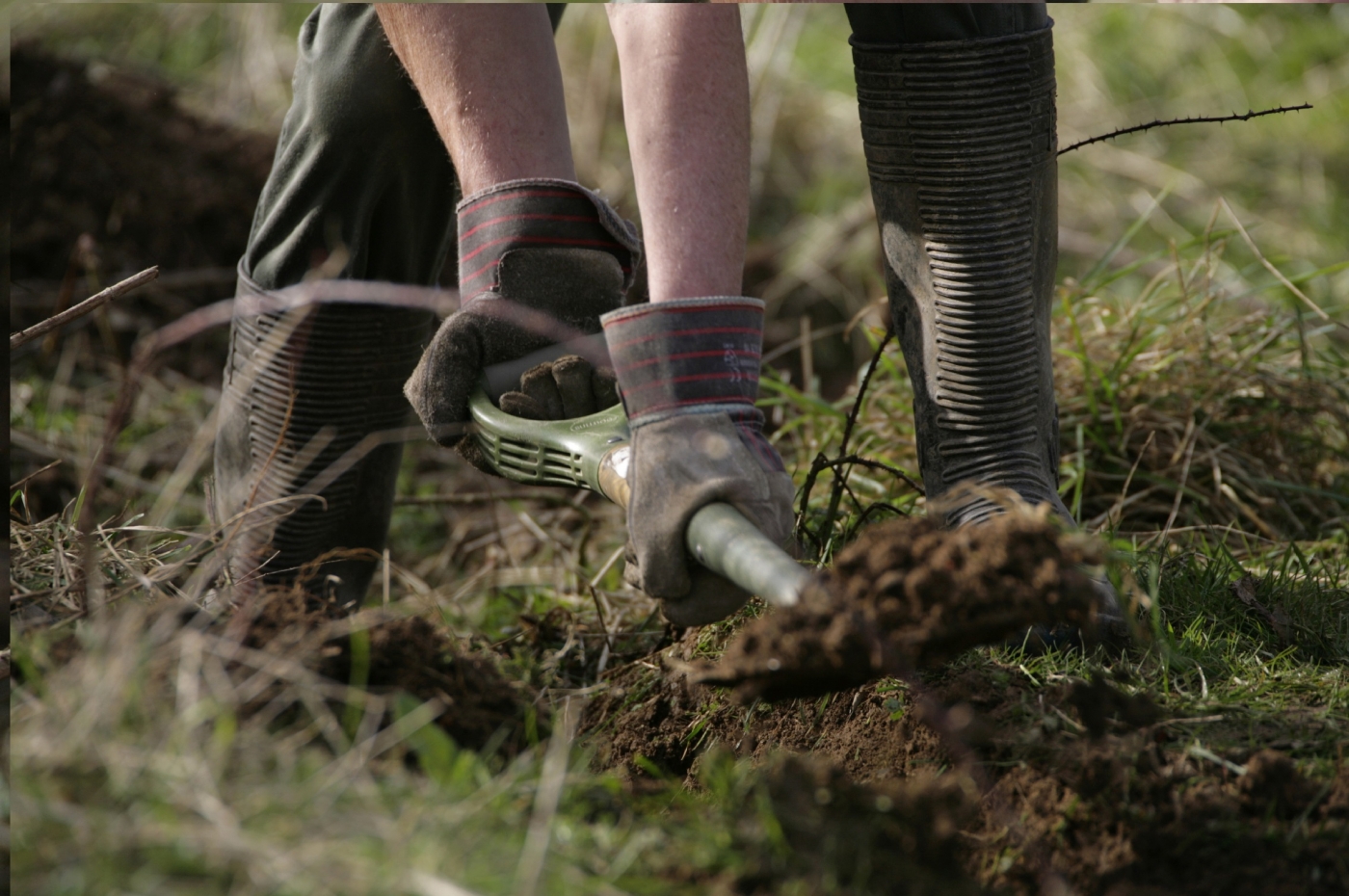 Digging up dock can be backbreaking work!

It is a privilege to have someone share a story like this. It also underlines just how important the forest is to so many people. To some, it’s a place to walk dogs and get some exercise, to the people walking past with binoculars and lenses, it’s a place to see different species and capture amazing photographs, but to others, like this volunteer and his new friend included, struggling with pain and uncertainty, it’s vital.

The trees can’t take away the pain of bereavement or enforced separation from loved ones over Christmas, and even the Major Oak is pretty quiet about the merits of social distancing. But bearing this in mind, there can’t be a better place to come to think, to have a coffee with people in your support bubble or to volunteer.

A small job like hedging or a back-busting one like clearing dock might not mean much to a forest that has been here for thousands of years, but it helps maintain a place that is a fixture in all our lives. Looking out from the vantage point of the lone figure and the patient dog, it’s hard not to agree with them that this is a healing place, and with a bit of help, it can go on healing generations to come.